The time has finally come: Your family is taking its first trip to the Magical Place on Earth, and you’re learning that places you never knew could sweat suddenly can. There is no way around it: Even for a seasoned veteran, undertaking a Disney vacation, from the planning to the park-hopping to hostage-negotiating with your six-year-old, can leave you feeling less than encanto. We don’t need to talk about Bruno, but we do need to talk about what advice will give you and your family the best experience possible. With our advance prep course, plus game-day fortitude and a little magic, your kids will leave amazing memories, and you with your sanity.

Paying for convenience is a concept you better get used to. Yes, Disney hotels are typically more expensive than staying outside the resort bubble, but you need to factor the cost of transportation into your calculus. Because Disney has its own (free) transportation network between its hotels and parks, staying on property saves you on a rental car (and parking at the parks every day) or ride sharing. The ability to get quickly and easily between your hotel and the parks is a godsend. Look for properties on the Monorail or Skyliner networks, which link to Magic Kingdom/EPCOT and Hollywood Studios/EPCOT, respectively, and are way speedier than the bus networks. While these include primo flagships like Polynesian and Grand Floridian, you’ll also find mid-range and value resorts (Caribbean Beach, Pop Century) on the Skyliner. If money’s not an object, the Four Seasons Orlando is the best place to stay in style and is located right on Disney property, just a few minutes to the Magic Kingdom. It perfectly splits the difference between a Disney vacation (character breakfasts, on-site Disney concierge, meandering lazy river, robust kids’ club) and a luxury vacation you might have at the brand’s properties in Miami, Oahu or Anguilla. The soothing buttercream rooms are sights for sore eyes (and legs) after long park days; the best-in-the-biz staff is as great with rambunctious princesses as they are with weary parents; and while you may never get to enjoy the tranquil adults-only pool, isn’t it nice just knowing it’s there?

Last year, Disney retired its longtime front-of-the-line Fast Pass system in favor of a new widget called Genie+. Getting comfortable with this paid platform, which starts at $15 per person per day, is essential to a successful park day. Here’s how it works: Genie+ grants access to Lightning Lanes, which let you bypass the regular standby lines. Via the MyDisney app, you can book Lightning Lanes one at a time, starting at seven in the morning, on your park day. Once you redeem a Lightning Lane, you can book your next ride, so on and so forth. The system works well and is far more democratic than Fast Pass, but it can create gaps in your day. For example, after redeeming a Tower of Terror reservation at ten in the morning, the next available booking might not be until one in the afternoon. So the best strategy to cover as much ground as possible is a mix of Lightning Lanes and regular standby lines (when waits are under 30 minutes) while filling in breaks with meals, snacks, parades, etc. Which brings us to…

3. Be Ready to Pounce on Restaurant Reservations

Reservations open 60 days in advance, and the most popular tables at Disney parks and resorts disappear quickly. We’re talking the retro Prime Time Café in Hollywood Studios, Magic Kingdom’s kid favorite Be Our Guest, EPCOT’s atmospheric San Angel Inn, where the violet margaritas match the faux-twilight and the pork chops wear cloaks of chocolate-brown mole poblano. Another family favorite (with incredible food) you should book immediately is the Hoop-Dee-Doo Musical Revue at the Fort Wilderness resort. If the Western-style high jinx and singalongs don’t do it for you, the buckets of crispy fried chicken and strawberry shortcake will. Since you will need to eat some of your meals on property, you might as well make them good ones so set a Siri reminder and be ready to book. That said…

4. Don’t Eat All Your Meals at the Parks

It’s easy to think of Orlando as a Mouse monolith, but there’s so much more to explore beyond Disney, especially in the restaurant scene, which just took home eleven nods from Michelin at the inaugural Florida awards. Set some time aside to eat outside the parks, either with the kids or on a date night (thanks, Disney babysitting services). At the stylishly moody Sand Lake location of Kabooki Sushi, chef Henry Moso deals in impeccable nigiri, audacious Japanese-inspired hot plates, plenty of truffles and toro and a deconstructed carrot cake (with pickled raisins and ginger orange ice cream) you’ll be thinking about long after you fly home. Among the chains of I-4 and International Drive, there’s also Brazilian baked goods (Pão Gostoso), Hong Kong-style shellfish specialists (YH Seafood Clubhouse) and Pakistani mixed grills (Kabab King); Orlando Weekly’s restaurant critic, Faiyaz Kara, is the best follow for Orlando recs. Need to stay a little closer to Disney? At the Spanish-accented steakhouse CAPA at the Four Seasons, chef Malyna Si delivers the juiciest pan con tomato beneath slivers of Manchego, and true story: the Iberico pluma, a fat-laced tenderloin cut from the prized black-foot hogs, is better than the best beef steak you’ve eaten in the last year. Keep the Spanish theme going at José Andrés’s massive Jaleo in the dining-and-shopping juggernaut that is Disney Springs; the succulent gambas al ajillo are so deliciously garlicky they’ll repel the vamps at the Universal Monsters-themed haunted house if you happen to be going to Horror Nights at Universal Studios after dinner. A short walk away, sommelier George Miliotes’s Wine Bar George offers more than 140 wines by the glass, including the fizzy coral Cleto Chiarli Lambrusco that matches perfectly with WBG’s absolutely stacked cheese-and-charcuterie board.

5. The Pool Is Your Friend

Maximizing rides and minimizing waits in the parks means being up early and sticking to a schedule. Prepare for the even the most excited kid to resist waking up a six. Some Disney pros will implore you to be flexible, but that’s only advisable if you enjoy meltdowns in the middle of the 90-minute line to visit Princess Elsa. Balance being up and out early with an afternoon pool break—the savior, the balm, the secret of the family Disney vacation. It goes like this: Arrive at a park 30 minutes prior to opening; bang out as many rides as you can until lunchtime; head back to the resort to spend the afternoon (the hottest part of the day) at the pool; then return to the park in the evening for a few more rides, dinner, fireworks, etc. This strategy only works if you can get between park and hotel quickly and efficiently, which is why staying on property is so crucial.

That’s nice you’re a Star Wars fan. So is everyone else, diluting your ability to successfully get onto Rise of the Resistance, the ground-breaking attraction once brilliantly described by Peter Tedone, host of the Disney Magic Hour podcast, “if the Great Movie Ride was on cocaine.” Located at Hollywood Studios in the immersive Galaxy’s Edge land, Rise is still most guests’ number-one target. In three trips to Disney World since it opened, we’ve gotten to ride it once, and it was wild. To ride without the wait, you need to return to the MyDisney app and book admission via Individual Lightning Lane. Each park has a couple attractions (usually the most popular, or with chronically long lines) with these a la carte Lanes; these are different from the regular Lanes that open for free once you buy the daily Genie+ access. Whether or not you buy Genie+, you have to pay (about $15) to skip the line for Rise. But being willing to spend that money does not necessarily guarantee you a spot. Guests staying on Disney property can reserve for Rise at seven in the morning, when the rest of the Lanes open on the app, while guests staying outside Disney property cannot book until Hollywood Studios opens. And by then, there is a strong chance all the reservations will be long gone, and you’ll be left holding your Lightsaber in your hand.

Even if everything goes according to plan, a Disney vacation can be exhausting, so you really need to find those moments where you can make it feel like an actual vacation. For all the work you’ve put in, you deserve a round at one of the four golf courses, a kayak through the jungle-shrouded waters of Rock Springs, or maybe your own actual custom Lightsaber. But we think there’s no better way to reward your sore muscles than with a deep-as-possible massage. At the whisper-quiet Four Seasons Spa, book with Stephanie and allow her to vanquish every knot and sciatic nerve like a massage Mandalorian, then bliss out on the zero-gravity lounges overlooking the lake. It’ll get you in the right brain-space for the inevitable question from the kids: “Are we coming back next year?”

For more travel news, tips and inspo, sign up for InsideHook‘s weekly travel newsletter, The Journey.

Family holidays can be dramatic. Give yourself the gift of time away.

Commentary: A trip across decades with family pictures | Shakopee Opinion 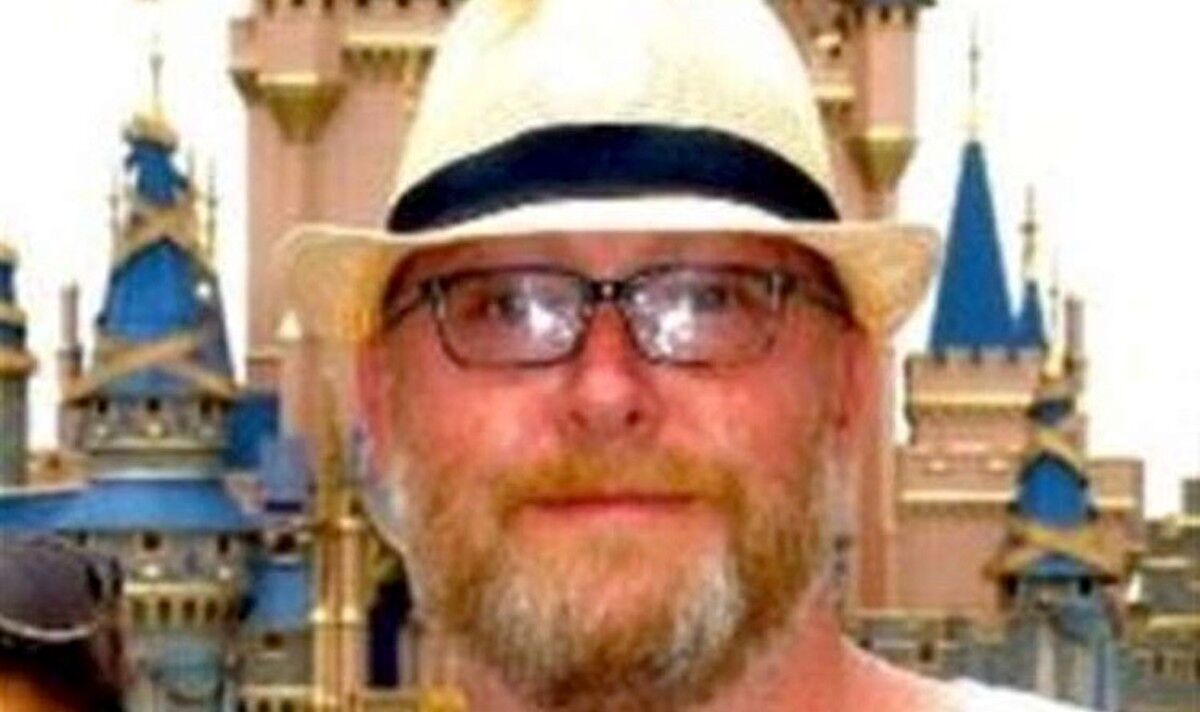