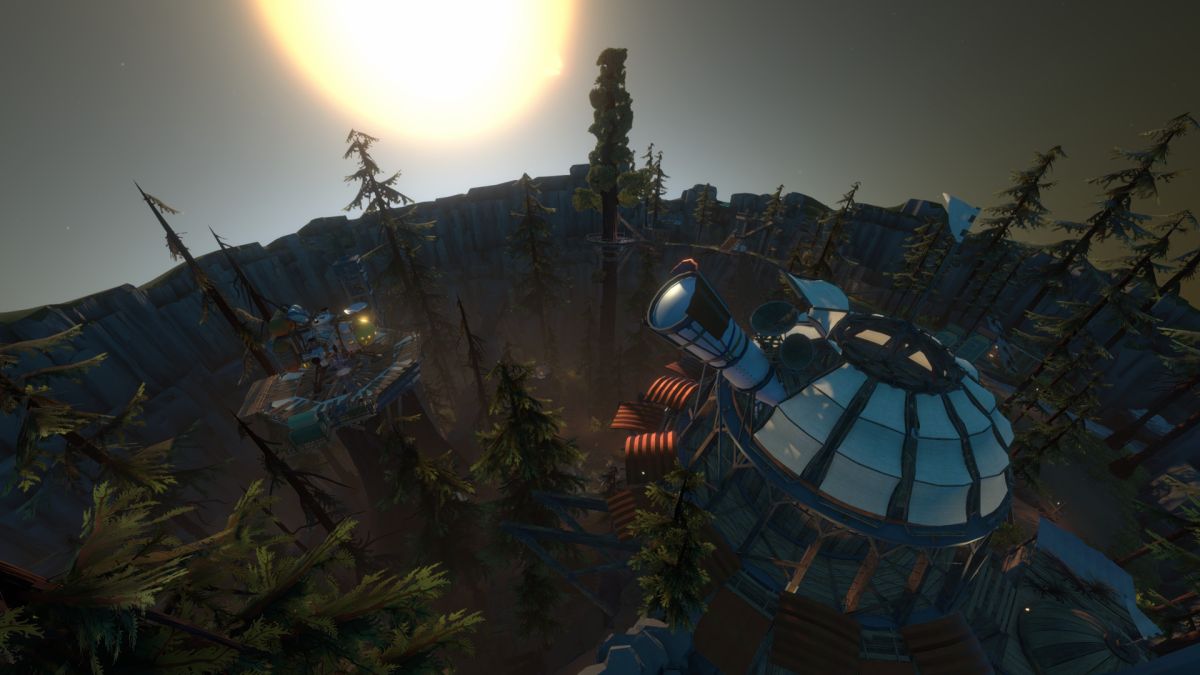 Looking for the best time travel games? These 10 entries mark the highlights of a genre that has been going strong for decades – promising the awe of hurtling forward in time, manipulating the present, or changing what’s happened in the past. Haven’t we all wanted to do that at some point?

Is time travel possible? Well, time travel is a pretty recognizable concept by now and has been around for as long as there have been people, whether in Hindu mythology or Japanese fairy tales. The idea of time travel in pop science fiction was widely popularized by H.G. Wells, who wrote the 1895 novel The Time Machine, as well as other stories that saw protagonists propelled into different eras.

While many modern games utilize some kind of repeating loop, like Hades or Loop Hero, the best time travel games take this a step further – allowing the player to distort time for their own ends, or forcing them to adapt to imprisonment within it.

These games don’t just use time travel as a story hook, but an integral part of how the game works – which is what helps them stand out among the bog-standard shooters, puzzle games, and platformers out there.

So, if you loved watching the likes of Groundhog Day or Russian Doll, then these are the games for you. Who knows, maybe one of these titles will end up on our (or even your) space video games that should be movies or TV shows list. While you’re at it, make sure to check out our guide to the best time travel movies too, or if you’re after more games then these upcoming space games will interest you.

Possibly the best PS5 exclusive to have released on the console at the time (though it has since released on Xbox too), Deathloop is a thrilling time-travel first-person shooter (FPS) romp from the developers behind Dishonored.

You play as Colt, an assassin, who is on a mission to eliminate eight ultra-powerful individuals. These gifted beings are exploiting a time loop machine on a subarctic island to live the same day over and over, essentially becoming immortal and being able to do whatever they desire every night without consequence.

You must take out all eight to stop the loop from restarting – using what you learn across multiple loops to navigate the island and complete your mission in one perfect run. With slick gunplay, a gripping story, and a fascinating sci-fi premise, we don’t recommend you sleep on this one.

It’s a fun, curious mystery game, with plenty of satisfaction to be had from toying with the objects and locations in your compact apartment to see how it’ll affect the outcome.

The action takes place in a small, one-bedroom apartment, where McAvoy’s protagonist comes home to find a number of surprises waiting for him – one of which is an armed assailant claiming to be a police officer pounding on their door. When you’re knocked unconscious, you begin the time loop again and have to figure out what’s really going on in order to escape the loop for good.

The sequel to Respawn’s futuristic mecha-combat FPS is a thrilling ride. It has a single-player campaign that pivots effortlessly between fascinating game mechanics, never feeling a need to dwell too long on each one.

The time travel mission, ‘Effect and Cause,’ is a real standout. It allows you to shift between the past and present mid-air as you run, shoot, and platform your way across an expansive military facility. Paired with Respawn’s excellent gunplay, this acclaimed shooter offers far more imagination than the average Call of Duty game.

The brisk campaign has plenty of other thrills to recommend it, but its seamless utilization of time travel as an integral game mechanic – even while limited to a single level – makes it well worth inclusion in this list.

Another time loop game, you say? Outer Wilds is a standout indie game, so much so that it’s made our best space games list. It sees you scour a solar system to unpack its mysteries, over a series of 22-minute time loops that reset your progress just as the nearest sun explodes into a supernova. Phew.

As with Deathloop, you’ll have to do more than simply map out the game – needing to learn when certain events occur, or which actions are available in the orbits of the solar system’s planetary bodies. Starting out as a student project, Outer Wilds has gone on to be one of the best indie games in recent years, with a heady mix of environmental exploration, galactic mystery, and survival sim all in one.

6. The Legend of Zelda: Ocarina of Time

The best game of all time? It’s hard to argue with this assessment for The Legend of Zelda: Ocarina of Time (OoT), a landmark 3D action-adventure game that launched on the Nintendo 64 in 1998. In it, the young hero Link finds a magical ocarina which is able to change the weather, transport him across distant lands, and even propel him through time to a post-apocalyptic world.

It’s not a one-way trip, thankfully, and much of the puzzle work in OoT is in traveling back and forth between time periods, using what you learn and obtain to progress in each setting. As ever, you’re fighting a great evil, battling monsters, gathering weapons and tools for your journey, and figuring out troublesome dungeons – but time travel is what elevates Ocarina of Time into a game of truly mythical proportions.

It’s an oldie, but a goodie. You can find the game through Nintendo Switch Online, or on Nintendo DS systems.

Back in 2016 when Quantum Break released, it was the best-selling game published by Microsoft on the Xbox One. While it soon ceded that title to Sea of Thieves (who needs time travel when you have sea shanties?) it’s still a landmark game, and a fascinating experiment in interactive storytelling.

The main conceit of Quantum Break is its mix of gameplay with an interactive TV show that breaks up the story’s five acts, allowing you to make key decisions that affect the narrative for the rest of the game.

Originally conceived as a sequel to Alan Wake, before pivoting into a new IP, Quantum Break is set in a world where a failed time travel experiment allows you to halt, freeze, accelerate, and generally manipulate time around you – inevitably used to ramp up combat as you take on hordes of soldiers and try to fix a fracture in time itself. Time ‘stutters’ can also freeze objects in your environment, creating obstacles or platforms that help and hinder your progress along the way.

While more recent Life is Strange games play around with the powers of empathy, or telekinesis, the original game is what started the franchise off with such aplomb – following the fortunes of a young girl who is able to rewind time.

Maxine ‘Max’ Caulfield discovers her time-manipulation ability when a classmate faces an unexpected danger – managing to undo the day’s events and keep them alive. As ever, time travel has unintended consequences, and while Max can aid or even save various people in her life, she finds the outcome isn’t always for the best in the long term.

With a strikingly impressionistic art style, branching narratives, surprisingly high stakes for a high school story, and a good helping of teen angst, this episodic adventure is well worth a try.

If you’re looking for a time-travel VR game, you’ve come to the right place. Wanderer is a first-person puzzle adventure that has you traveling back through time to prevent an apocalyptic present.

With a talking watch on your wrist, and the ability to jump to different places and periods, Wanderer lives up to its name, seeing you jettison across centuries of history and even to the moon. In each case, action is found in localized puzzles (escape rooms, essentially), some of which take imaginative back-and-forth travel to get the right objects for the right situation.

You’ll get around 10 hours of play out of this one, along with some brain-bending puzzles that make the most of the VR medium (along with one of the best VR headsets)

Few games play so successfully with time as Braid, a 2008 indie platformer initially launched on Xbox 360 to great acclaim. The developer went on to create The Witness with the profits from this game.

You play Tim, who is trying to find and rescue a princess from some unspecified monster. So far, so Mario. However, things aren’t quite so simple as running and jumping on Goombas: Braid utilizes a number of different time-based mechanics, from a simple rewind (helpful after jumping and missing a ledge) to whole levels that move forward in time as you move right and backward as you move left.

It’s a mind-melting game in many ways, and you may find the story elusive at first, it being gradually pieced together by jigsaw pieces you collect throughout your journey – and blown open by its subversive conclusion. But a recurring theme is the idea of wanting to redo or undo the past, and you won’t find a game that needles this idea as effectively or imaginatively as Braid.

1. The Legend of Zelda: Majora’s Mask

How could we list the best time travel games without Majora’s Mask? This follow-up to Ocarina of Time takes place in the same land of Hyrule as its predecessor just two months later, even re-using many in-game assets. The key difference is that an unhinged-looking moon going to crash into the Earth, obliterating everything – and you find yourself reliving the same three days over and over in an attempt to prevent the cataclysmic event from happening.

Those three days come to around an hour of actual gameplay time, meaning you play through a loop quite swiftly, but the real magic of Majora’s Mask is in how it expands on the time-warping magic of OoT. Here you’ll use the ocarina to jump back to the start of the loop, slow down the passage of time, or jump forward to a later day, navigating time like a puzzle dungeon in need of solving.

Earning widespread acclaim, Majora’s Mask has been rereleased several times throughout the years. For modern gamers, you can find the game through Nintendo Switch Online, or on Nintendo DS systems. 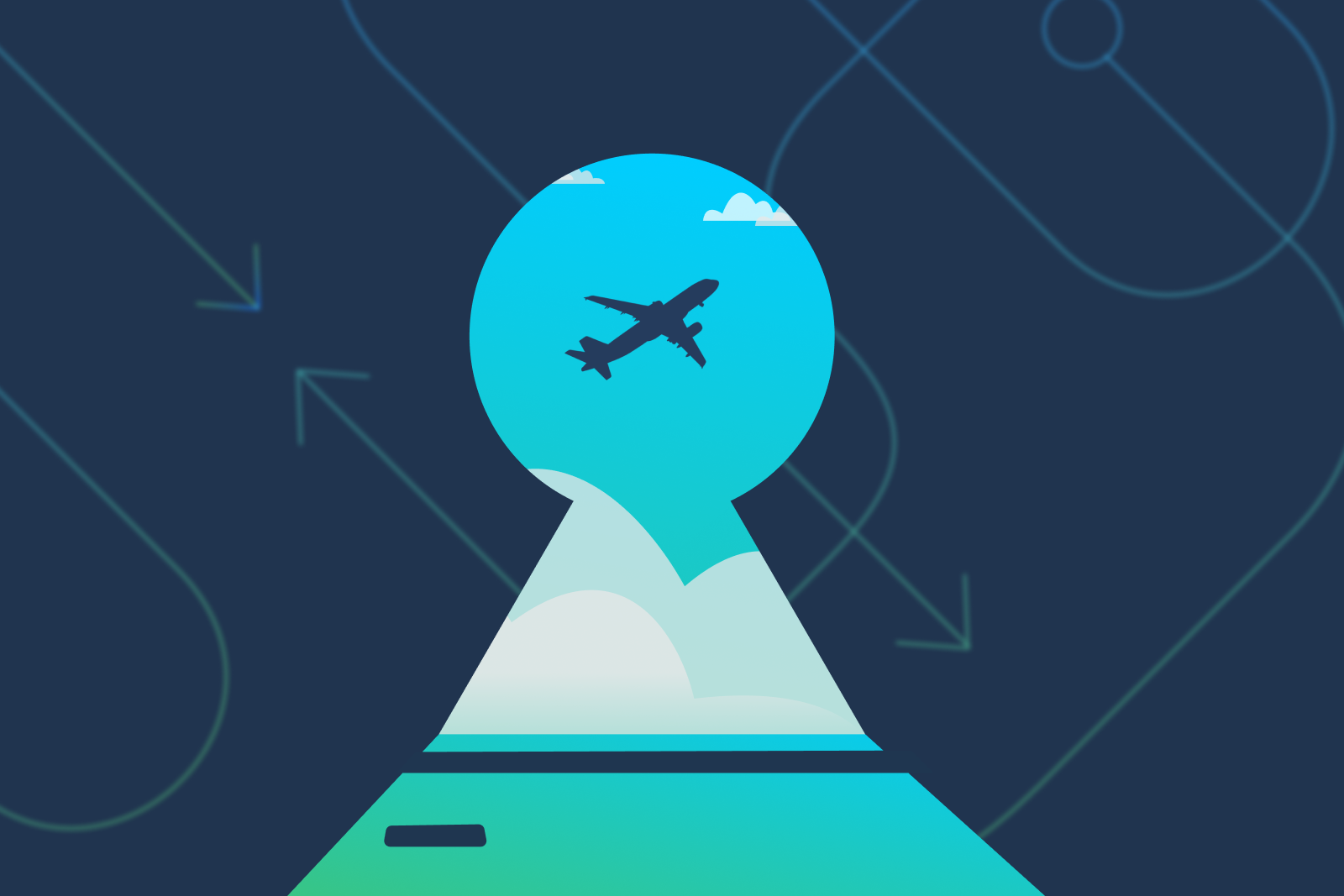 TPG’s guide to getting started with points, miles and credit cards