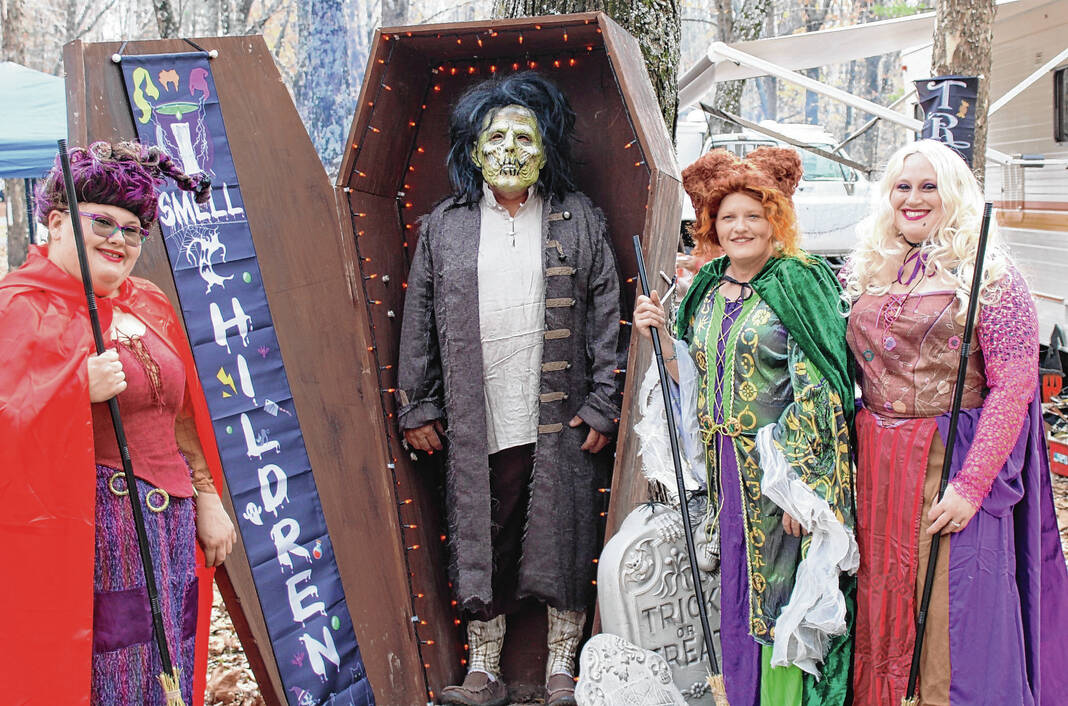 An arrow pointed out “Salem, 990 M,” if one wanted to rendezvous with witches in Massachusetts.

Really, though, there was no compelling reason to roll the RV long distances. Not when Starve Hollow State Recreation Area was transformed into Halloween Central on Saturday.

Ghouls and goblins, witches and skeletons, fictional slashers such as Jason and Freddy, spooks galore and Area 51 all united in a different type of wildlife watching to scare the heck out of the curious in what was practically the Yellowstone National Park of Halloween.

Yet costumed kids seemed oblivious of the frights and bloodied scenes of tricks, laser-focused on treats on an unseasonably pleasant sunny, 70-degree day. Nothing interrupted their rounds as experienced campers came stocked up to 2,000 pieces of candy to give away.

This was a splashy way to conclude the summer camping season, RV spots claimed by reservations made six months in advance. The colors of fall leaves in orange, yellow and red, hanging by a thread from the park’s trees, or the already-gone ones crunching underfoot, were accented by dioramas of the horror variety as well as inflatables of a more cartoon-like nature.

During the second half of October, leading up to Halloween, Starve Hollow may still feature RV camping, but the rest of the park is less about hiking, bicycle riding, boating and fishing than the rest of the year. Temporarily, this Indiana Department of Natural Resources facility becomes a theme park.

“This is insane,” said first-time visitor Harold Davidson of Seymour, who brought his grandchildren for the trick or treating at the urging of his brother, a Halloween weekend regular.

He marveled at the scene as children collected candy, the mischievous showed off decorated RV-rented spaces and how you had to see it to believe it, this whirlwind of a Halloween village tucked away in the woods.

“This is just crazy,” Davidson added.

On Halloween weekend, the 17 cabins and 140 camp sites at Starve Hollow were booked. Even reserving a spot it was necessary to call in on the dot six months ago.

Under department rules, a maximum campground stay is two weeks. Some visitors book the entire block. For the most serious creators of personal theme sites of the bizarre, it can take days just to set up scenes.

This festival has become such a big deal DNR has a “Halloween coordinator.” Sierra Jackson was in her 12th year smoothing the way. Her aunt, Kendra Temple, started the Halloween tradition at Starve Hollow 15 years ago.

No one counts ghosts, who do not have to pay to camp.

“They don’t have to sign in,” Jackson said. “They just show up.”

Camping is something Angel Wente of Cortland and extended family do at Starve Hollow, so often, she said, when pulling in for Halloween, her 10-year-old daughter Leah said, “I know this campground like the back of my hand.”

Wente, dressed as Professor McGonagall from the Harry Porter stories, and whose brother-in-law Jeremy Kinnett came as Ace Ventura, was one of two groups on the grounds the day COVID-19 was shutting the campground.

No one can accuse her of being a fair-weather Starve Hollow trick-or-treating camper.

The festive nature of the gathering, the convivial participants, the joyous children, spread their tentacles. Some supporters started out planning few-day Halloween RV getaways. Next thing they knew, they began spending the whole year with Halloween on the mind.

Crystal Mowdy, and boyfriend Jason Allman, of Brownstown, were part of a group of five.

“All of the holidays,” Allman said of their likely camping schedule, meaning Memorial Day, July 4 and Labor Day as highlights.

The 1976 Caveman RV was almost indistinguishable from their set-up, blending, like the RVs of many others, with Halloween add-ons.

Their patch of RV space included blow-up figures, but was highlighted by Mowdy’s inspiration for the “Dead Breakfast Inn Where You’ll Surely Rest In Peace.” All guests were Barbie-like dolls. The couple was inspired to go all in after last year’s Halloween and dove into accumulating odds and ends.

“Just a bunch of junk I threw together. I started after Christmas,” Mowdy said of her 10-month quest to acquire discount items. “These are generic Barbies.”

Like many others, Mowdy became an habitue of Dollar Tree, Wal-Mart or other discount stores. After all, there are both budgetary and common-sense spending limits.

Halloween’s history dates back more than 2,000 years to a Celtic festival called Samhain in what is present-day Ireland. The activities were designed to scare away ghosts by wearing costumes (check) and lighting bonfires (frowned on, especially in wooded Starve Hollow).

Halloween morphed into a demarcation between summer and autumn, celebration of saints, carving of jack-o-lanterns and trick or treating. Also sneaking in there was a belief that for one day the line between the living and the dead became fuzzy.

Although there was some Halloween observations when the Pilgrims showed up in the 1600s, it did not really mushroom until the second half of the 1800s. Halloween as a money-making holiday is at its apex. In 2021, Americans spent more than $10 billion on Halloween-related goodies, according to the National Retail Federation.

Super-hero costumes are hot for kids, and Hollywood keeps giving with seasonally-related gory flicks. There are 13 movies in the “Halloween” slasher series. Actress Jamie Lee Curtis became known as a “scream queen” for her work in some. The main character in the “Friday the 13th” series of 13 movies is named Jason Voorhees.

Freddy Krueger, introduced in “A Nightmare on Elm Street” in 1984, just keeps slashing away, too. They even appeared together in a 2003 film.

Although members of the Knichel family of Brownstown (children, nieces and nephews included) stuck with costumes from the “Hocus Pocus” movie, Jared Doyle came dressed as Jason with “Voorhees” written on the back of a hockey shirt and a bloody knife in his possession, and Maddy Smith, who displayed bloody makeup on a cheek, came as Freddy.

This crowd showed off a coffin that lit up in the dark, a tall sign reading “Beware Ghost Crossing” and outfits true-blue to “Hocus Pocus.” As Billy Butcherson, Jack Knichel was green enough to resemble Frankenstein.

The family started getting into the Starve Hollow Halloween theme about four years ago. They came, they saw, they decorated — and without knowing there was a contest, took second place for their scene. They have since been all in. Wife Jamie said the whole tribe did “Beetlejuice” one year.

No one was going to leave the Knichel site hungry since they brought 2,000 pieces of candy to distribute from Reese’s to Kit-Kats to Sweet Tarts to Dots.

There were innumerable children willing to take the stuff off their hands. The campers were buttressed by community arrivals for the 4-6 p.m. trick or treating in a no-drive zone.

The Knichels do Halloween up right, partially because this marks the end of the camping season for them. Their 1977 Winnebago goes into a dry dock of sorts for the winter.

“We go camping a lot,” Jack Knichel said. “But this is the last hurrah.”

Gazing upon what seems the ranch-like acreage of the Halloween display of Terry and Leslie Conrad’s one might conclude it was the ultimate hurrah. Their scene contains just about anything imaginable with Halloween content. Others concede top honors to this collection of holiday goods. They also were equipped with 1,800 pieces of candy.

“We try,” Terry Conrad said in a muffled voice from beneath a frightening mask. “We enjoy it.”

Just down the block, Mark Reynolds and Kathy Hames of Brownstown presided over a site heavy on skeletons some of them doing nasty things like spinning a “wheel of death” witches pedaling on bicycles.

Hames, 63, who wore devilish red horns while claiming to be Mrs. Devil, said she represented the oldest of four partying generations. She spent between $300 and $400 at a Party City store to beef up the RV site.

“Every year we add something new,” Hames said.

Everything was new for six collaborating first-year Halloween-themed campers from Brownstown. The three couples huddled with alcohol to fuel the brain cells and introduced a Starve Hollow masterpiece.

That was an oversimplification. The Downs, Henleys and Isbrandts developed Area 51, a name well-known to science fiction and government conspiracy buffs. Some believe the United States Air Force has hidden a crashed space ship for decades in Area 51 in Nevada and it is ground zero for a coverup of aliens coming to earth.

This “spaceship,” resembled a satellite TV dish and was accented by a massive green thing that one participant said was previously a jellyfish costume. The newly adapted jellyfish was called “an alien spider.” Lights flashed at Area 51 when it was dark.

It took heavy work to set things up, including the spaceship.

“We flew it here,” said Rob Henley. “There was a shimmer at light speed.”

As if it really could, the scene blended into the mix of other camp sites numbered in the 50s. That was something the couples considered appropriately spooky for their imitation Area 51. 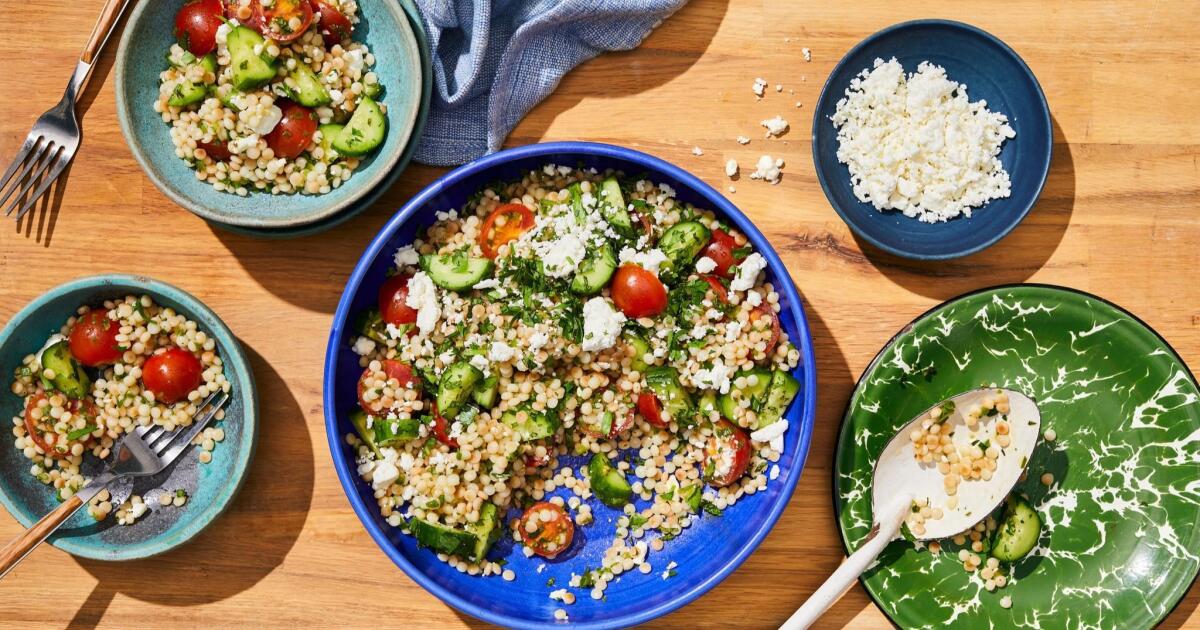