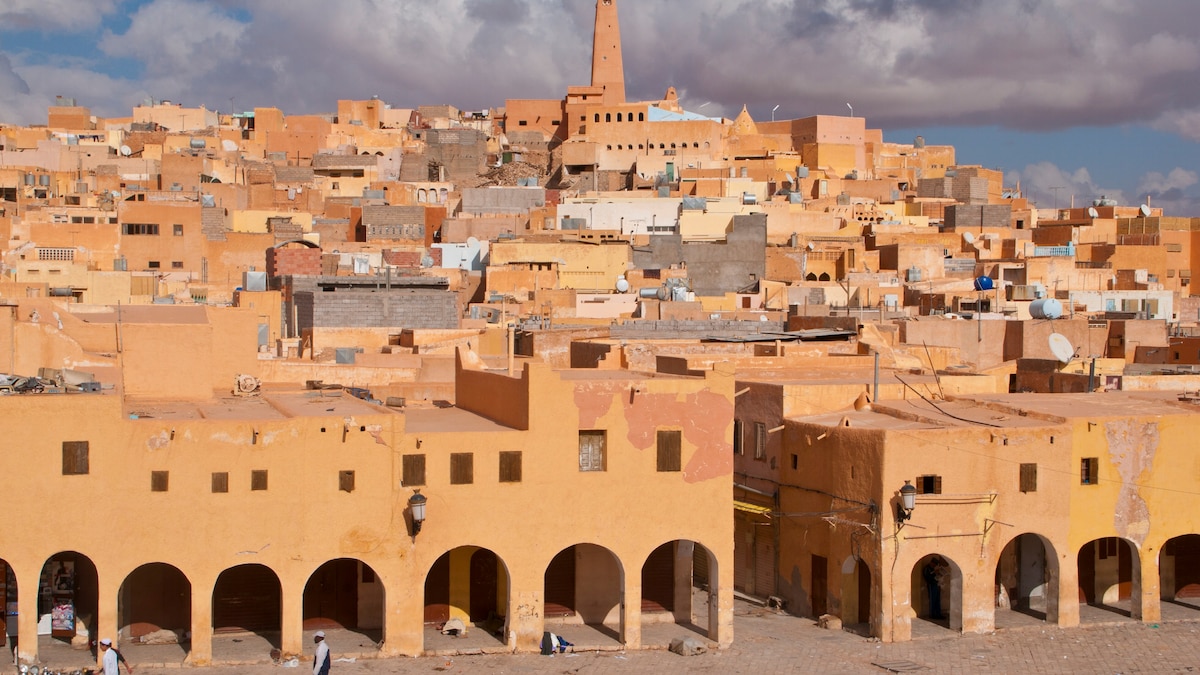 From the open roof of the watchtower, above the labyrinth of narrow alleys and serried rooftops, Ghardaïa appears as a rolling tableau of jumbled pastel cubes.

The only hints of modernity are the Tannoy speakers projecting from the mud-walled minarets at the summit of each hill. Otherwise, we could be looking at a scene from any century in the last 10.

Despite its proximity to Europe, and vast presence on the north coast of Africa–roughly the size of Alaska and Texas combined—Algeria and many of its most spectacular sights are little known to travelers outside of its borders.

“Algeria is one of the world’s hardest places to enter and among the least visited,” says Andrew Farrand, senior fellow for North Africa at the Atlantic Council, a foreign affairs think tank. “Of the two million or so official tourist arrivals each year, most are members of the Algerian diaspora coming home to visit family. Only a handful are foreign visitors.”

For those willing to negotiate the bureaucratic hurdles to get here, Algeria is arguably one of the most rewarding destinations that you can reach via a short-haul flight from mainland Europe. Today, vitally, it is also considered to be safe and relatively stable. Most foreign governments advise only against travel to its borders with Libya and Niger.

The origins of Algeria’s anonymity lie in the recent past. Between 1830 and 1962, it was the most prized possession of the French empire. Independence came in 1962, but only after a bloody eight-year war between Algerian insurgents and French colonists which claimed between 400,000 and a million lives.

In the 1990s, as tourism to neighbors Morocco and Tunisia surged, Algeria was mired in what its people refer to as the “Black Decade,” when an Islamist insurgency instigated a bloody and protracted civil war. Anti-government protests toppled the administration of long-time president Abdelaziz Bouteflika as recently as April 2019.

One legacy of this domestic upheaval is a prevailing attitude toward overseas visitors that is, if not actually hostile, then at least indifferent. The visa application process is Byzantine. Tourism promotion is non-existent. During my trip to the country in the spring, the only guidebook I could get my hands on was a second-hand Berlitz pocket-guide published in 1990.

The government’s disinterest in tourism, many observers argue, is due to the economic dominance of hydrocarbons. Algeria’s oil and gas sector comprises 20 percent of its GDP. Tourism, by contrast, accounts for barely 0.1 percent.

“The oil curse infects everything,” says Farrand. “The industry gives the Algerian state the money it needs to avoid the hard work of developing more complex sectors like tourism.” According to recent reports, the spike in oil and gas prices as a result of the war in Ukraine has meant that Algeria exceeded its export targets for the first half of 2022 by 70 percent.

Nevertheless, the rewards for coming here are many. Algeria is in several ways a giant hiding in plain sight. In the band of fertile land that hugs its Mediterranean coast are historic cities like Constantine, Oran, and the capital Algiers. Ancient Roman outposts like Djemila and Timgad (both UNESCO World Heritage sites) are among the best preserved archaeological destinations in North Africa. South, in the Saharan interior, the dune seas of the Great Ergs crash against the sandstone massifs of Hoggar and Tassili n’Ajjer.

“We’ve had record interest this autumn, but you can still go days in Algeria without seeing another tourist,” says Omar Zahafi, whose tour company, Fancyellow, caters almost exclusively to foreign visitors. “When we visit the Roman ruins and clients ask why there are no other people, I like to joke that I booked the site for them especially!”

Few places embody the tension between Algeria’s insularity and its tourist potential like Ghardaïa, the ancestral home of the Mozabites, Algeria’s fourth largest Berber tribe. A sprawling oasis town, 380 miles south of Algiers on the Trans Sahara Highway, it is a place where Algerian life is at its most traditional.

(Learn why Morocco is so full of music—and where you can hear it.)

It’s early afternoon in El Atteuf, one of five ksours, or hilltop citadels, that are collectively known as “the Pentapolis.” Once separate entities, the five walled towns have long since merged together into a labyrinthine conurbation that snakes along the desiccated valley of the M’Zab River. (Ghardaïa is both the name of the largest citadel and an unofficial shorthand for the whole region.) The French philosopher Simone de Beauvoir once likened it to “a Cubist painting, beautifully constructed.”

Like most places in Algeria, Ghardaïa is best explored with a guide. Indeed, in the ksours themselves, one is obligatory. Rules laid down by religious councils, which uphold a strict form of Ibadi Islam, permit entry to outsiders only at certain times of the day, and only in the company of a local chaperone. Some married women dress in the haik, a white garment that is wrapped around the body and head, leaving only a single eye exposed. Motorized transport is prohibited. Rubbish is still collected by donkey.

My guide, Hassissane Hadjsmael, a butcher with an impish air, leads us through the tranquil alleyways. In the middle of the day, when most of the valley’s inhabitants take a siesta, the lanes are populated only with gaggles of bashful children.

The citadel’s architectural consistency is a result of age-old norms of design and decoration. Up close, you can see that the walls are rendered in clay, then stippled with palm fronds to deflect the heat of the sun.

Hadjsmael gestures us through a low doorway and into a model interior now preserved as an unofficial museum. Inside is a pillared quadrangle with an open roof. Recesses on each side are bedecked in carpets. Most houses in the old towns have a similar footprint, albeit with some concessions to the 21st century. “My place is similar,” says Hadjsmael. “But I do have a big plasma TV.”

Change arrives slowly in Ghardaïa, but it does arrive. On the outskirts are the palmeries, groves of date palms whose fruits were once the backbone of the local economy. Now, its old summer homes are being converted into guesthouses.

In one of them, I meet travelers from Ohio sitting in a Berber tent set up in a shady courtyard. A musician, rakish in a dark green Tuareg turban, plucks at an oud under an olive tree heavy with fruit.

“You can tell that a lot of the people in Algeria are eager to share their country with the world,” says Katelyn Jarvis, an investment advisor from Cincinnati. “Nearly every interaction we’ve had has resulted in an invitation to visit peoples’ towns or to share a meal at their homes.”

Tourism is in its infancy here, but the hospitality is instinctive.

“I recently got my license to start hosting foreigners,” the guesthouse owner, Rostom Labchek, tells me. “I hope that more of them will come.”

Many operators in Europe and Africa can set up guided tours of Algeria’s top sights, including ancient villages in the Sahara and Roman ruins. Companies that specialize in North African itineraries include Algeria Travel and Tours and Wild Frontiers.

Most tour companies can help you apply for a tourist visa, which you’ll need to enter the country. 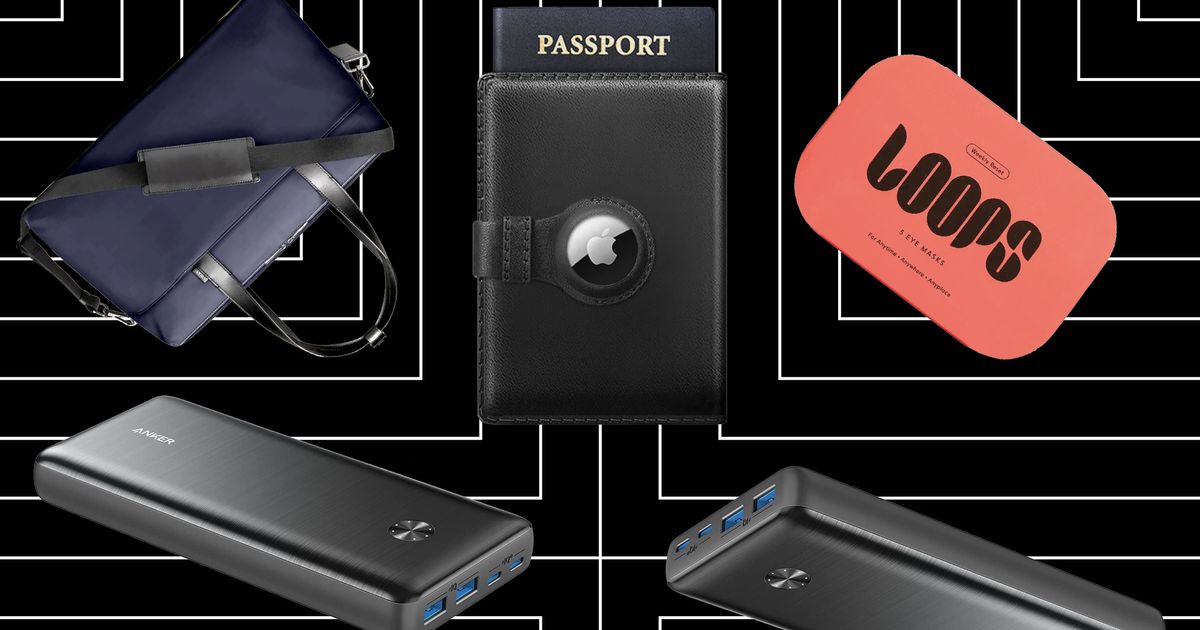