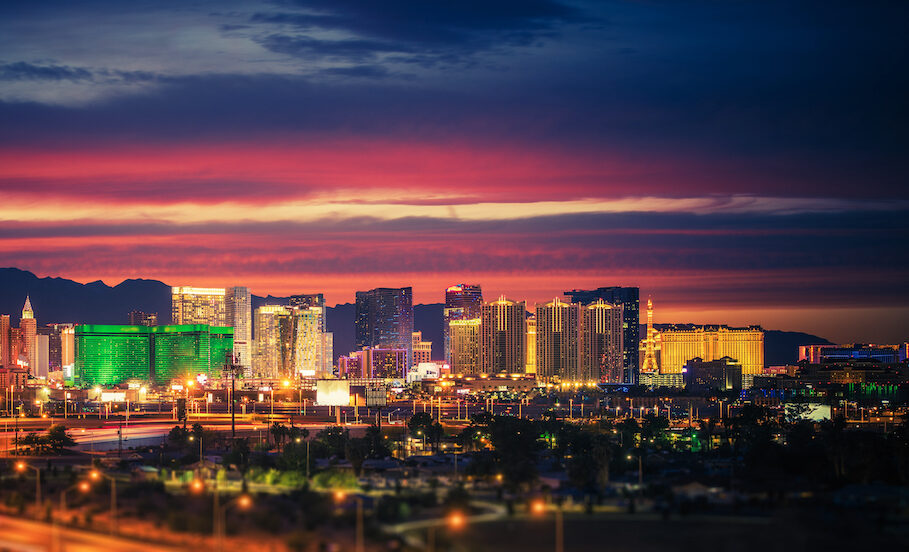 Mention Las Vegas, and most people immediately envision the glitzy bright lights of the Las Vegas Strip or the legendary entertainers who regularly perform there. And no wonder — the strip and the shows certainly are not-to-be-missed features.

But the southern Nevada metropolis known as the “Entertainment Capital of the World,” is known for more than just its city amusements. It’s also within reach of some of the most stunning scenery of the American West. Think grand national parks, hidden gem state parks, luminous slot canyons, and a magnificent engineering feat, Hoover Dam — all a quick bus, plane, or helicopter ride away.

A visitor could easily use Las Vegas as a base and spend weeks taking in the city sights, as well as some of the best outdoor experiences that Nevada, Arizona, California, Utah, and the Navajo Nation have to offer.

Here are nine of the best things to do in and around Las Vegas.

Any visit to Las Vegas should start in the heart of it all — the Las Vegas Strip. There is no other experience quite like wandering past the neon signs, the erupting fountains, and the towering hotels.

But as anyone who has ever walked the Strip knows, it is long, and it can get tiring. Officially known as Las Vegas Boulevard South, the Strip is more than four miles long. While it is possible to walk from attraction to attraction, there are a number of more entertaining and less tiring options available for touring the boulevard.

The Strip is perhaps best toured at night, when the lights are bright, and the air is balmy. For a jaunt amidst millions of glittering lights, consider the Las Vegas Strip Night Tour, a minibus tour that includes a champagne toast at the Welcome to Fabulous Las Vegas sign and stops at the Mirage Hotel and Casino and the Fremont Street Experience. Or, for a chance to see the sights in the open air, check out the Las Vegas 3-Hour Night Tour by Open-Top Bus tour.

If a thrilling view from above is more your style, consider the Las Vegas Strip Helicopter Tour, which offers a birdseye view of the Las Vegas skyline, the Bellagio fountains, the Luxor Pyramid, Paris Hotel, and Treasure Island.

2. Check Out The Museums

From history to movie memorabilia to movie-star replicas, Las Vegas’s museums have the gamut covered.

For a fascinating inside look at previous organized crime activity in Sin City, head to the Mob Museum, where you’ll find real-life stories about the likes of Al Capone, Moe Dalitz, and Frank Costello, as well as exhibits of guns, electric chairs, and Bugsy Siegel’s sunglasses.

For fans looking to snap the perfect selfie with a movie star lookalike, there’s no better spot than Madame Tussauds, an interactive wax museum attraction that features replicas of stars like Will Smith, Lady Gaga, and Bradley Cooper.

Vegas is synonymous with big-time shows, so no visit would be complete without a taste of the city’s entertainment extravaganzas.

For some classic Vegas showmanship, be sure to check out LOVE by the Cirque du Soleil, a show billed as the world’s biggest celebration of the musical legacy of the Beatles. More than 60 artists, extreme acrobatics, and street dancing combine to pay homage to the group’s most famous songs.

Another musical icon is featured in All Shook Up Las Vegas, an Elvis Presley tribute show highlighted by authentic costumes and spectacular experiences reminiscent of the King of Rock ‘n’ Roll himself.

Or, for a Broadway-style event that is described as the city’s most complete show, there is Vegas! The Show, a musical that includes dancing, live music, acrobatics, magic, and comedy.

After all of the big city hustle and bustle, a break in nature is definitely in order, and there is perhaps no better respite than the glowing Antelope Canyon in the Navajo Nation area.

At 279 miles northeast of Las Vegas, an overnight stay like the one available with the 2-Day Tour Antelope Canyon, Horseshoe Bend – Hotel is recommended. Not only do participants get a 1.5-hour tour through the walls of the slot canyon, but they will also tour magnificent Horseshoe Bend along the Colorado River and take a boat tour of Lake Powell. Or, for a day trip to several of the same attractions, consider Las Vegas: Antelope Canyon & Horseshoe Bend Tour with Pickup.

The Grand Canyon is a not-to-be-missed destination for visitors in the region. It is a natural Wonder of the World and one of the premier tourist attractions of the Southwest. Luckily, there are countless fun and exciting ways to get there from Las Vegas.

If you are set on visiting the Grand Canyon National Park, consider taking From Las Vegas: Grand Canyon South Rim with Snacks & Lunch for a motorcoach ride to the gorgeous South Rim, with breakfast snacks and lunch along the way and time to explore the canyon.

The Grand Canyon is not the only national park within easy reach from Las Vegas. Just 2 hours to the west across the border into California is the otherworldly Death Valley National Park, while Zion National Park is about two-and-one-half hours to the northeast, and Bryce Canyon is about 4 hours northeast.

For a cool day trip to the spot known to be one of the hottest, driest, and lowest spots on earth, check out the Death Valley National Park Tour – Small Group tour. After being picked up at a hotel within 3 miles of the Strip, the tour’s highlights include Badwater Salt Flats, Dante’s View, Zabriskie Point, Devils Golf Course, Artists Pallet, and the desert town of Pahrump.

7. Hike Or Ride Through The Valley Of Fire

Along with its proximity to numerous national parks, Las Vegas is less than an hour’s drive from the dazzling Valley of Fire State Park, a spot famous for its blazing colors and monumental rock shapes.

For a chance to experience the adventurous side of Vegas, try the Valley of Fire Guided Hiking Tour from Las Vegas, which includes transportation to the park and a range of easy-to-difficult options for hiking through the fiery rocks.

For something with a western flare, consider the Horse Ride and Cowboy Meal in the Valley of Fire — a chance to cross the valley on horseback and have a ranch breakfast or lunch.

A perfect way to take in the 13-mile scenic road that winds through Red Rock is available on the Red Rock Canyon Electric Bike Half-Day Tour, where you will pedal past petroglyphs, sandstone formations, and Joshua tree forests.

Along with all of the other natural wonders, Las Vegas is also home to a spectacular engineering feat. Less than an hour from the Strip is the colossal Hoover Dam, a project of the 1930s but still a sight to behold.

A close-up view of the dam is available on the Las Vegas: Small-Group 3-Hour Hoover Dam Mini Tour. Or for a tour with laughs thrown in, try the Comedy On Deck Tours, for a comedic Hoover Dam Tour with lunch. A range of other Hoover Dam tour options are available in the 25 Best Hoover Dam Tours From Las Vegas.

Pro Tip: The Go Las Vegas Pass offers admission to 27 of the city’s popular attractions, including the High Roller Ferris Wheel, an excursion to the Hoover Dam, Madame Tussauds, the Fly LINQ Zip Line, the Las Vegas Big Bus, and the Mob Museum. 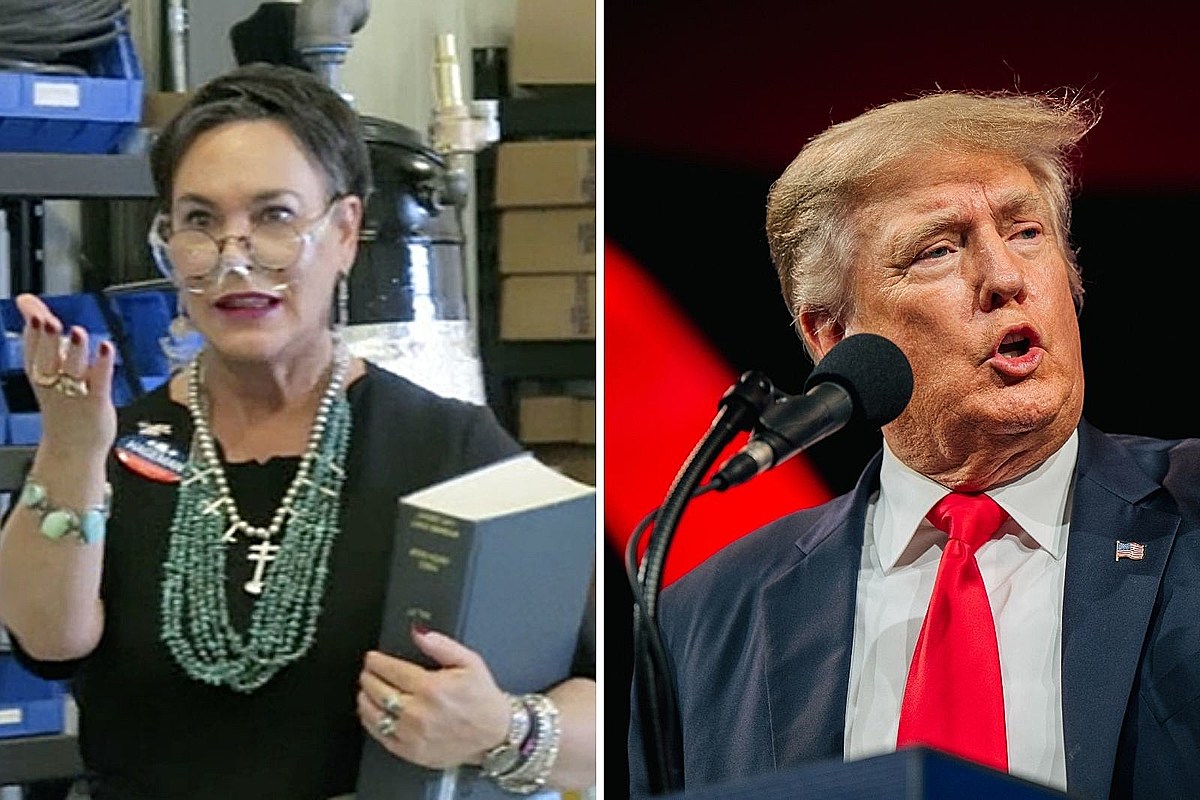